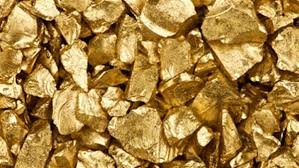 Perhaps the ancient Egyptians were the most brilliant of digging for gold, as evidenced by the presence of more than 90 ancient gold mines in the Eastern Desert. Antiquities and goldsmiths are still a living witness to the ingenuity of the ancient Egyptians in the search and exploration for gold. Among the most important gold mines: Atoud, Al-Sukari, Al-Baramiyah, Umm Al-Rus, and Atallah .. The gold appears in the form of fine grains often scattered in the quartz veins cutting the granite rocks spread along the length and width of the eastern desert. The importance of gold lies in its purchasing power, which enabled it to be the monetary cover for the traded currencies. In addition to its use in the dental industry and some medical drugs.

Jabal al-Sukkari is a mountain located about 30 kilometers southwest of the city of Marsa Alam in the eastern desert of the Arab Republic of Egypt. It contains a gold mine that was discovered in 1994 and stopped work and resumed in 2008 after the gold reserves in it increased to 10 million ounces in 2008 .

And formed diabetes company mines gold in May 2005 , a joint venture list of operations between the Egyptian General Authority for Mineral Resources Company Pharaonic Gold Mines of Australia to look for gold and exploitation, after transmission of dependence activity mineral wealth to the Ministry of Petroleum and settle the dispute amicably and international arbitration between the company Pharaonic gold mines and the area Geological. (3)

The volume of investments is about 310 million US dollars, of which 70% has been spent in development and evaluation work, as it was found that the degree of gold concentration increases with depth, thus increasing the reserve from 7 million ounces to about 13 million ounces at the beginning of 2008, its value at world prices is 13 billion dollars and can be produced. During the next ten years, production is expected to start at the end of 2008According to the estimates of the Pharaonic company and according to the latest report from the Australian laboratories, the average production of 200 thousand ounces in the first year increases to 600 thousand ounces annually, its value at current prices is about 550 million dollars and a total value of about 5.5 billion dollars during the first ten years of the start of production. Necessary for the project at the site, which includes a complete gold extraction and concentration plant, a 28 MV power plant, a crusher, and all mine equipment, including 160 tons of transport vehicles, excavators, loaders, bulldozers, winches, and equipped cars, in addition to an emergency ambulance, etc.

Installations are underway for the factory and the power plant, as well as work on extending a 25 km water pipeline from the Red Sea to the factory site. All infrastructure works for the factory and the subsistence camp have been completed to accommodate 1000 people in the shift, as well as the completion of the factory’s administrative building. A site is being chosen to establish a residential city near the city of Marsa Alam that the first phase will accommodate 2,000 workers and include the integrated infrastructure, and the project is expected to accommodate 4 Thousands of jobs.

It should be noted that 10 drilling rigs are currently being used at the site to search for gold, and the development of the Sukari mine is progressing, as 1500 wells have been drilled so far, at depths of up to 1000 meters for the well, with a total length of 250 thousand meters, to confirm more reserves in the rest of Jabal Al-Sukari sectors, according to The company estimates that the reclamation plant will start operating in the third quarter of 2008 according to the project schedule. The Australian partner company in the project confirmed the interest of a large number of international banks, such as London Standard Bank and Societe Generale Australia, to contribute to the financing of the project. 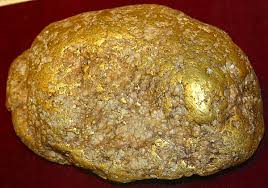