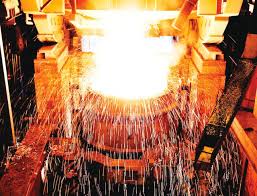 The smelting process of iron ore is done using modern blast furnaces, and these furnaces have been updated to improve the efficiency and purity of iron, as these furnaces are characterized by automation, or what is known as automation, where the contents of iron ore, limestone, and coke are measured precisely, and they are delivered. All of them are loaded from the top of the oven through special gas valves, as the air is blown at the bottom of the oven through the blowing tubes, and it is worth noting that the gas temperature may reach more than 1000 ° C, and coke is used as fuel to produce the necessary high temperatures For the process of smelting iron in the furnace, in addition, carbon dioxide is produced that adds heat, and works to reduce the oxygen content of the ore, and the molten iron is directed to molds known as casting molds, where it solidifies and is transported to the next stage of processing.

Iron ores are found in igneous or metamorphic rocks or sedimentary rocks, as most of the minerals bearing iron are oxides, and iron ores are mainly composed of:

The History of Iron

Iron objects have been found in Egypt dating back to about 3500 BC, and they contained 7.5% of nickel, which indicates that they are of meteorite origin. Iron was smelted and separated from its ores for the first time in Turkey in 1500 BC, and it was gained Iron, the country is an economic and political power, and after that the Iron Age began. René Antoine was the first to explain the different types of iron in 1722 AD, and the industrial revolution that began in the same century depended on this metal. 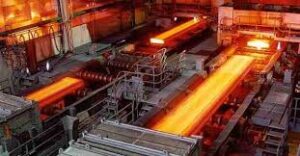 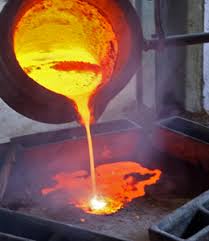 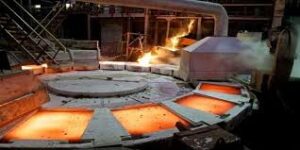