Remote Sensing  is known as a set of modern methods and techniques used to study and understand terrestrial phenomena remotely without the need for physical contact with them directly, and this is through special sensors carried on board aircraft, handheld devices, or satellites, and these sensors may They are multispectral cameras, electronic scanners, standard cameras, laser, thermal or radar imaging devices.

These sensors use various processors and special bands of the electromagnetic spectrum, depending on the characteristics and characteristics of the studied target. The sensor data is sent to the receiving stations on the ground to be processed and analyzed, and then presented either in paper maps or digital satellite images. To produce and analyze digital and visual analyzes and information.

Remote sensors typically explore petroleum and metallic ores. Processed images are used in mining fields, depending on the fact that each class of minerals and rocks has their own absorption degree. These attempts have been various research attempts knowing that these satellite images deal with surface phenomena, while the process of the oil industry is mainly focused on dealing with what is known as phenomena under the surface, it must be said that it is considered earthquake monitoring and The movements of the earth and volcanoes are geological uses of remote sensing.

This is in the inventory of agricultural crops and the detection of plant diseases, and the study of the specific distribution of soil and land, as well as to identify the status of the land.

This is to minimize earthquakes, floods and torrents, as well as to monitor and search for the victims and displaced persons, search for nuclear explosions, and study their impact on forest fires and surrounding areas.

Through remote sensing, urban and construction projects are studied, and urban planning for villages, cities and large facilities is also done.

The role of remote sensing is to observe stars and planets, and to classify some of the inverse applications of space programs into offensive and defensive techniques and applications. It should be noted that defensive applications are predominant and dominant to date, thanks to a set of UN resolutions and conventions that provide for Sound and correct uses of outer space. 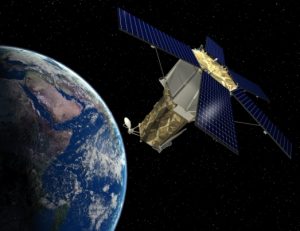 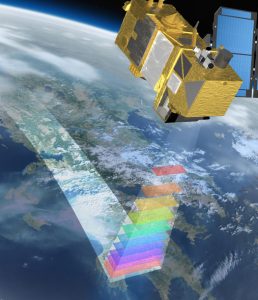